Seed quality is a way to a cannabis grower’s heart. Good cannabis genetics that’s extra convenient for you matters the most. Choosing between an auto regular vs auto feminized takes more time and research than you’ve thought it is!

The first basic step in cultivating an auto-flowering cannabis plant is purchasing seeds. As simple this process is, a lot of cannabis growers had failed to master this step due to negligence or lack of understanding. That is why its an essential most especially to starting growers to plan including the type of seed to be purchased.

Generally, there are two types of auto-flowering seeds. Respectively, auto regular vs auto feminized ones. In this article, we’ll discuss these variations and compare which one is more preferred to your convenience. If you’re still a bit confused, then scan below to follow through this article.

The Autoflowering Strain and the Genetics

There are three types of cannabis varieties according to genetics and physical characteristics. Accordingly, the sativa, indica, and ruderalis varieties. The cannabis sativa are those varieties with high THC and low CBD content.

Physically, this type of strain is quite tall and thin with very narrow leaves. The cannabis indica are those plants with high CBD and low THC content. Looking at its appearance, they are quite short, dense, and bushy with very wide leaves.

Unlike the two varieties, the third type of strain rarely grows more than two feet in height. These plants are described as thin, slightly fibrous stems with little branching. It has less THC as compared to the sativa varieties. Nonetheless, they enter the flowering stage readily, independent to the light cycle. This characteristic is referred to as auto-flowering by the geneticists today.

However, seeds are often classified not based on the genetic variety. Consequently, the cannabis seeds are divided into three types. The feminized, regular, and autoflowering types. Though, the auto-flowering variety also referred by some as ruderalis could be combined into the feminized and regular ones. This blend allows the seed to grow and adapt to the traits of a ruderalis variety.

Moreover, the ruderalis strain is quick and easy to grow. They are quite a small stature and flexible upon different environmental conditions.

This type of seeds are those basic ones that aren’t genetically altered after its reproduction. Thus, these are pure and natural seeds undergo the typical seed reproduction which is cross-pollination. Similarly to any plant, seed production happens when pollen from a male plant pollinates the ovum of a female plant. After the process, these seeds are referred to as the regular one.

You’ll have to do a lot of monitoring upon growing this type of seeds. You’ll have to make sure that the male and female plants won’t reproduce seeds. That is why a lot of growers immediately cut male plants upon detecting it during its cultivation.

Even though the plant could be female, there are still chances that it will turn male later on. This phenomenon is known as hermaphroditism. Facts show that regular type of seeds has higher chances of becoming a hermaphrodite because of their share of gender traits. Likewise, there is an equal (50/50) chromosomal value of male and female for this type of seeds.

As a positive aspect, a breeder or a seed producer had a clear advantage when using these type of seeds. You’ll just have to ensure that a set of male and female plants will grow in your garden in order to generate seeds. Aside from that, regular type of seeds is very inexpensive as compared to the feminized ones. These type of seeds are readily accessible on some cannabis companies.

What is an Auto-Feminized Seed?

During the 90s’, there was a dilemma in the cannabis industry as bud supply goes down. Along with the strict laws on cannabis, there are other cultivation problems that most growers have been dealing with.

Later on, an alternative solution was introduced to cope up with this troubling situation. One way to address this was to ensure femininity to the seeds. Thus, the feminized seeds were grown and produced.

In other words, feminized seeds reassure that you’ll be cultivating a female plant. Thus, it will generate buds or flowers to be used for smoking. During reproduction, the grower modifies its pollination process to modify its genetic composition. Furthermore, it eliminates male genetic traits of the seed with its female counterpart dominating.

Though it has a female dominating genetic makeup, there are few cases that the seed will turn male later on. This could be some sort of genetic mishaps or inaccuracies. Any analytical process or experiment ain’t perfect as it needed to be. Thus, there’s still doubts or flaws regarding this seed process.

Aside from that, hermaphroditism could happen. As it’s only’ female dominant, there could still be chances that it will shift to its recessive gender given the unusual circumstances. Most specifically, physical stress such as temperature and light could trigger this transformation.

The feminized seeds are often advantageous to growers who do not want to spend much time, effort, and even money on taking chances on cannabis cultivation. If you have limited space, then buying these type of seeds will be a better option than the latter. Its more practical to use than the regular one.

However, feminized seeds are relatively expensive as compared to the regular ones. It could be as much as twice as costly as the regular ones. Thus, it’s essential to have a clear discernment on buying these type of seeds. As of now, there are seed discounts and rates most especially for bulk orders. It’s best to get a lot of time researching on seed banks offering low-cost purchases.

In the battle for what’s the seed one should purchase, the answer lies entirely to what’s the purpose and most convenient to you. If you wanted to take chances and rather spend a lot of effort on monitoring its growth, the inexpensive one which is the regular should you choose? Whereas, if you’d prefer to spend more money with a higher rate of assurance that’s a female plant, then the feminized one is definitely for you.

Overall, whatever the type of seed you’ll purchase, the most important thing in cultivation is your attitude towards doing it. A cannabis grower should not just be smart but also hardworking, patient, and determined. Though the seed you’ll plant is apart of it, the secret to a cannabis success is more than what type of seed you’ll be choosing for cultivation. Good luck and happy planting auto regular vs auto feminized !

See also  Colloidal Silver VS Gibberellic Acid: Which one is best in Making Feminized Cannabis Seeds? 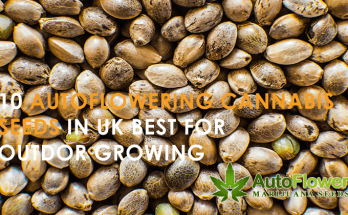 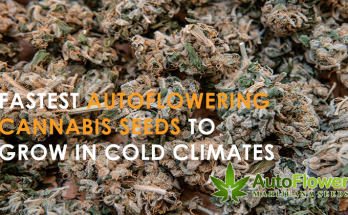 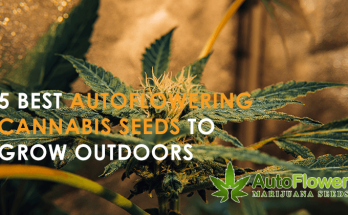