There are quite a number of newly developed marijuana strains in these times. However, when it comes to legendary and well-known cannabis breeds, the White Widow is in the primary lists. With the succession of being used for more than a decade, it is considered to be an established favorite. It has been a while since the study and research for auto-flowering has been initiated, and although the original content of White Widow as non-automatic, with the consistent revision of crossing-breeds, the auto-flowering White Widow was finally created.

The prominent appearance of the non-auto White Widow from the newly developed White Window Automatic is that it has dark green and wide leaves, with the evidence of heavily coated resins. The breeders made it a point to preserve the characteristics of the accustomed White Widow, and the bitter-sweet taste was conserved as well. The leaves are with beguiling scent, while the flowery clusters are distinctively hard and big, thick and dense, with the minimal presence of leaves in between. The cross-breeding was a success with the mixture of Critical Auto-flowering and the non-auto White Widow.

The genetics driven within the cannabis plant is the genetically combinations of Ruderalis, Sativa and Indica. When it comes to the plant’s height, it’s been conceptualized to be on an average height of 60 up to 90 cm. The height and size might seem considerably small, but its capacity to produce it’s impartially decent, and can yield 40 up to 130 grams per plant. In matters of its THC and CBD points, it demonstrated to be on the average level, nonetheless, it’s been deemed to be a bit on a higher scale if compared to the other auto-flowering plants. The effects which are to be expected when smoking the White Widow Automatic are seriously stoning and favored for medical uses too. 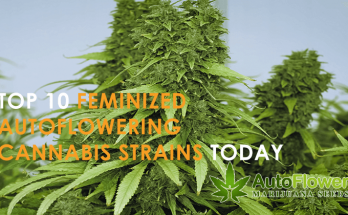